How do you know if you have Alexithymia? 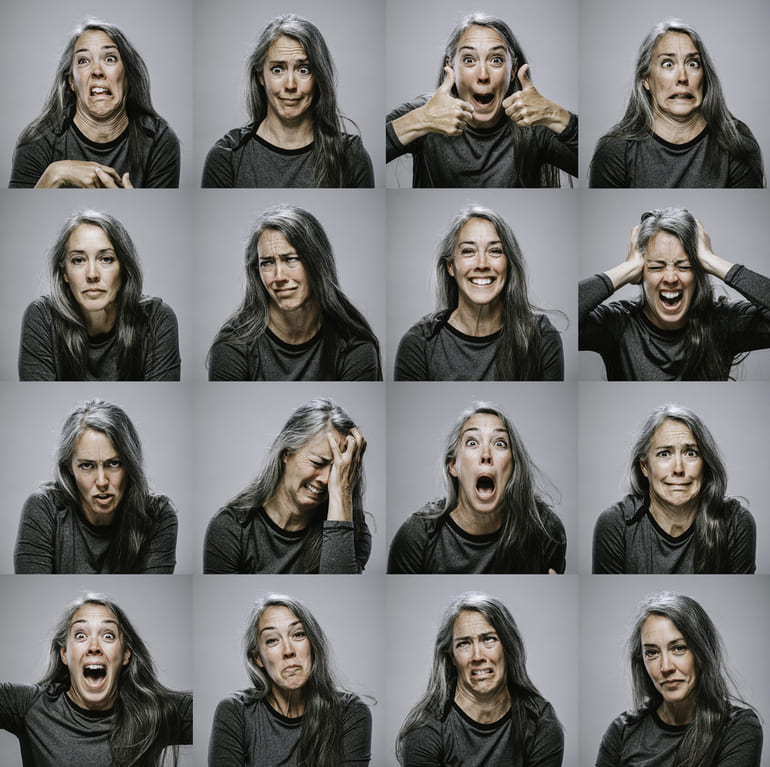 Alexithymia, sensory blindness or emotional dyslexia is quite common. It is neither a disorder nor an illness. Officially, it is a personality trait. Translated, the term "alexithymia" means: no words for feelings. It implies that those suffering from this disorder have problems differentiating their emotions or expressing them in words, which has many consequences for their health and their social environment.

We all experience intense sadness, fear, stress, joy, and love at some point in our lives. When something good happens to us, we feel lightness and joy in our hearts. When we experience defeat we feel sadness and heartache. But imagine that, you could never tell if you were sad or happy? What if you are really sad or depressed, but you don't even know it yourself? This is exactly what happens to people with Alexithymia. They are unable to interpret and express their feelings correctly.

Originally, it was thought that alexithymia was a personality disorder, which also causes psychosomatic symptoms. This view is contradicted by modern research. Today, alexithymia is often seen in people with low emotional intelligence.

There is a slight tendency for men to be more prone to alexithymia than women, but the difference is very small.

People suffering from alexithymia find it difficult to navigate their social environment. It is important to emphasize that sensory blindness does not mean a complete absence of feelings. They simply do not find verbal expression.

So how do you know if you have Alexithymia if it is not a disease and a diagnosis is out of the question?

If you are unable to read your own feelings and the feelings of others, if you have difficulty expressing what is going on inside you; if you are unable to perceive your own emotions in order to control and influence your feelings; if you cannot immerse yourself in the emotional world of others and interpret their emotional behavior, then most likely you suffer from Alexithymia.

This personality trait brings a lot of trouble to its owners in everyday life, however, if you understand your condition, understand the reasons, it is quite possible to live happily. Let's find out together how.

Me and Alexithymia. A Self-Test

The fact that alexithymia is not a disease lies in its causes. It is not yet clear why people suffer from emotional coldness and sensory blindness. This is why alexithymia is defined as a personality trait.

We have already talked about how you can tell if you have alexithymia. Let's take a closer look at the main signs of alexithymia.

See which statements apply to you and which are less true.

Not all statements have to be one hundred percent true for you. But if you notice that many of the statements fit your character description, you should see a psychologist.

In addition, sufferers of Alexithymia may experience physical discomfort instead of feelings.

Because the way of processing is disturbed, feelings cannot be correctly identified and categorized. As a result, the body reacts as a kind of valve when there is increased emotional tension.

Possible psychosomatic symptoms that replace affects and other strong feelings:

What does alexithymia mean in everyday life for people with the condition?

If you have alexithymia, not only do you have trouble understanding how you feel, but you also have trouble understanding how others feel. This can cause you social anxiety because you cannot read non-verbal cues. You may give the impression of an awkward person or someone with a lack of humor. Even when others sympathize with the difficulties you are going through, you may not be able to give an emotional response, and you may seem overly resilient. Deep down, you may be a very sensitive and sympathetic person, but because of this particular difficulty, others may misunderstand you and consider you cold, aloof, and arrogant. As a result, you are more likely to suffer from social isolation and loneliness.

Because of the inability to express and recognize emotions in everyday life, people with alexithymia are exposed to constant stress. This has a serious effect on their health. It has been shown that alexithymia is associated with many diseases. Sensitively blind people are more prone to drug addiction than the average population. They are also more likely to suffer from other addictions, such as eating disorders.

Psychosomatic complaints such as persistent headaches, back pain, or irritable bowel syndrome are also associated with alexithymia.

In order to blend into society and not appear insensitive and alienated, many people with alexithymia wear a mask so as not to offend the social environment in which they find themselves. Simply put, they copy the emotional reactions of others.

What should you do if you have a person with alexithymia in your environment?

First of all, accept the fact that a person with alexithymia as a character trait can read your desires and emotions by non-verbal signals. Be attentive and patient when communicating with such a person. Try to put into words and explain your feelings. This may help the person understand you better. Understand that people with sensory blindness cannot react spontaneously to your feelings.

The causes of alexithymia are not yet fully elucidated.

However, to date, it can be argued that psychosocial factors play a major role in its manifestation. It is believed that emotional blindness can be caused by traumatic events. First of all, researchers note that many of those suffering from alexithymia were emotionally neglected as children. The reason for this is that when children are neglected, their perception and processing of affects cannot develop sufficiently.

Infants are born with five innate basic affects: fear, disgust, joy, sadness, and anger. This is how they communicate their existential needs.

If affective cues are sensitively received and lovingly responded to by parents, children eventually learn to discern a variety of states and communicate them as feelings. But if they do not, if parents do not pick up their infants' messages, then children's affective systems do not develop further - at least to the stage where they translate their affective states into verbal language - then there are no words for feelings.

Instead, emotions continue to be expressed on a purely physical level - as in infants and toddlers. Sensory blindness is less common in children who have at least one loving and emotionally present parent.

Society also has a responsibility. When we give each other enough time and pay attention to each other's facial expressions, gestures, exchanging feelings and experiences it all teaches us to recognize emotional signals.

Another opinion regarding the causes of alexithymia suggests that there are traits that point to genetic factors.

As we can see, alexithymia is not yet fully understood and leaves open many questions both for those who suffer from this trait and for those who study it.

If you are faced with this problem (you yourself are sensory blind or your partner or loved one suffers from alexithymia), you are probably worried about the following very important questions:

First of all, don't despair. Alexithymia is not an illness. In order to understand the problem and understand its essence it is worth to see a psychologist.

2.Is it possible to be cured?

Alexithymia is still incurable. It is very difficult to get rid of it completely. But it is possible to improve your condition considerably. Group therapy is quite successful in this.

Online consultation psychologist: how does it work?

How do I behave with my child in a divorce?

What is Narcissistic Personality Disorder (NPD)?

How to support a child in a difficult moment?